Last week I asked twitter a question that comes up frequently in our lab: what visceral rhythm exerts the most impact on cognition [1]? Now, this is a question which is deliberately vague in nature. The goal is to force a ‘gut check’ on which visceral systems that we, as neuroscientists, might reasonably expect to bias cognition. What do I mean by cognition? Literally any aspect of information processing. Perception, memory, learning, emotion, pain, you name it. Some of you jokingly pointed out that if any of these rhythms cease entirely (e.g., in death), cognition will surely be impacted. So to get a bit closer to an experimental design which might build on these intuitions, I offered the following guidelines:

Yeah, baseline assumption of the question is all are actually functioning in a living person. E.g., "presenting a stimulus or condition at a different phase of the heart/stomach/respiration" would exert the greatest effect.

I.e., what I largely had in mind was the kinds of psychophysiology experiments that are currently in vogue – presenting stimuli during different phases of a particular visceral cycle, and then interpreting differences in reaction time, accuracy, subjective response, or whatever as evidence of ‘brain-body interaction’. Of course, these are far from the only ways in which we can measure the influence of the body on the brain, and I intentionally left the question as open as possible. I wanted to know: what are your ‘gut feelings’, about gut feelings? And the twitter neuroscience community answered the call!

Which visceral rhythm do you think exerts the most influence on cognition?

Here you can see that overall, respiration was a clear winner, and was also my own choice. Surprisingly, gastric rhythms just beat out cardiac, at about 29 vs 27.5%. More on this later. Roughly 380/1099 respondent’s felt that, all else being equal, respiration was likely to produce the most influence on cognition. And I do agree; although the literature is heavily biased in terms of numbers of papers towards the cardiac domain, intuitively respiration feels like a better candidate for the title of heavy-weight visceral rhythm champion.

Why is that? At least a few reasons spring to mind. For one thing, the depth and frequency of respiration directly modulates heart-rate variability, through basic physiological reflexes such as the respiratory sinus arrhythmia. At a more basic level still, respiration is of course responsible for gas exchange and pH regulation, conditioning the blood whose transport around the body depends upon the heart. That is to say; the heart is ultimately the chauffeur for the homeostatic function of the lungs, always second fiddle.

In the central nervous system both systems matter in a big way of course, and are closely tied to one another. A  lesion to the brain-stem that results in cardiac or respiratory arrest is equally deadly, and the basic homeostatic clocks that control these rhythms are tightly interwoven for good reason.

But here, one can reasonably argue that these low-level phenomenon don’t really speak to the heart of the question, which is about (‘higher-order’) cognition. What can we say about that? Neuroviscerally speaking, in my opinion the respiratory rhythm has the potential to influence a much broader swath of brain areas. Respiration reaches the brain through multiple pathways: bypassing the limbic system altogether to target the prefrontal cortex via the innervation of the nasal septum, through basic somatosensory entrainment via the mechanical action of the lungs and chest wall, and through the same vagally mediated pathways as those carrying baroreceptive information from the heart. In fact, the low level influence of respiration on the heart means that the brain can likely read-out or predict heart-rate at least partially from respiration alone, independently of any afferent baro-receptor information (that is of course, speculation on my part). I think Sophie Betka’s response captures this intuition beautifully:

I used to think cardiac but now working on breathing, I would say1)Breathing 2)Cardiac/gastric. Breathing control has this beauty to be both autonomic and somatic.I know you ask for visceral rhythm but voluntary -as spontaneous-breathing will also modulate afferences & cognition

All of which is to say, that respiration affords many potential avenues by which to bias, influence, or modulate cognition, broadly speaking. Some of you asked whether my question was more aimed at “the largest possible effect size” or the “most generalized effect size”. This is a really important question, which again, I simply intended to collapse across in my poll, whose main purpose was to generate thought and discussion. An it really is a critical issue for future research; we might predict that cardiac or gastric signals would modulate very strong effects in very specific domains (e.g., fear or hunger), but that respiration might effect weak to moderate effects in a wide variety of domains. Delineating this difference will be crucial for future basic neuroscience, and even more so if these kinds of effects are to be of clinical significance.

Suffice to say, I was pleased to see a clear majority agree that respiration is the wave of the future (my puns on the other hand, are likely growing tiresome). But I was surprised to see the strong showing of the gastric rhythm, relative to cardiac. My internal ranking was definitely leaning towards 1) respiration, 2) cardiac, 3) gastric. My thinking here was; sure, the brain may track the muscular contractions of the stomach and GI tract, but is this really that relevant for any cognitive domain other than eating behavior? To be fair, I think many respondents probably did not consider the more restricted case of, for example, presenting different trials or stimuli at gastric contraction vs expansion, but interpreted the question more liberally in terms of hormone excretion, digestion, and possibly even gut micobiome or enteric-nervous linked effects. And that is totally fair I think; taken as a whole, the rhythm of the stomach and gut is likely to exert a huge amount of primary and secondary effects on cognition. This issue was touched on quite nicely by my collaborator Paul Fletcher:

Seems to me that it depends on the time-scale we're interested in. Gastric offers very low frequency signals (e.g. ghrelin) plus some higher-freq (e.g. intrinsic contractility) while I think that, in the main, cardio-respiratory are more rapidly-changing (with some exceptions).

I think that is absolutely right; to a degree, how we answer the question depends exactly on which timescales and contexts we are interested in. It again raises the question of: what kind of effects are we most interested in? Really strong but specific, or weaker, more general effects? Intuitively, being hungry definitely modulates the gastric rhythm, and in turn we’ve all felt the grim specter of ‘hanger’ causing us to lash out at the nearest street food vendor.

Forgetting these speedy bodily ‘rabbits’ all together, what about those most slow of bodily rhythms [3]. Commenters Andrea Poli, Anil Seth, and others pointed out that at the very slowest timescales, hormonal and circadian rhythms can regulate all others, and the brain besides:

Given the amount of 5HT produced by the GI tract and the gut-brain connections, my guess would be that the GI function has the greatest influence. But I fear that that was the answer you expected and you are ready to prove us wrong in one next tweet

For my money it’s definitely the circadian rhythm. Which, perhaps surprisingly, does indeed have visceral involvement.

Indeed, if we view these rhythms as a temporal hierarchy (as some authors have argued), then it is reasonable to assume that causality should in general flow from the slowest, most general rhythms ‘upward’ to the fastest, most specific rhythms (i.e., cardiac, adrenergic, and neural). And there is definitely some truth to that; the circadian rhythm causes huge changes in baseline arousal, heart-rate variability, and even core bodily temperature. In the end, it’s probably best to view each of these smaller waves as inscribed within the deeper, slower waves; their individual shape may vary depending on context, but their global amplitude comes from the depths below. And of course, here the gloomy ghost of circular causality raises its incoherent head; because these faster rhythms can in turn regulate the slower, in a never ceasing allostatic push-me-pull-you affair.

All that considered, is is perhaps unsurprising then that in this totally unscientific poll at least, the gastric rhythm rose to challenge the all-mighty cardiac [2]. It seems clear that the preponderance of cardiac-brain studies is more an artifact of ease of study, rather than a deep seated engagement with their predominance. And ultimately, if we want to understand how the body shapes the mind, we will need to take precisely the multi-scale view espoused by many commenters.

A final thought on what kinds of effects might matter most: of all of these rhythms, only one is directly amenable to conscious control. That is of course, the breath. And it is intriguing also that across many cultural practices – elite sportsmanship, martial arts, meditation, and marksmanship for example – the regulation of the breath is taught as a core technique for altering awareness, attention, and mood. I think for this reason, respiration is among the most interesting of all possible rhythms. It sits at that rare precipice, teetering between fully automatic and fully conscious. Our ability to become conscious of the breath can be a curse and a gift; many of you may feel a slight anxiety as you read this article, becoming ever so slightly more aware of your own rising and falling breath [4]. From the point of view of neuropsychiatry, I can’t help but feel like whatever the effects of respiration are, this amenability to control, and the possibility to regulate all other rhythms in turn, makes understanding the breath an absolutely critical focus for clinical translation.

Footnotes:
[1] Closely related to the question I am mostly commonly asked in talks: what effect size do you expect in general for cardiac/respiratory/gastric-brain interaction?

[3] Regrettably, all of these rhythms would have been subsided in the general response category of ‘other’. This likely greatly suppressed their response rates, but I think we can all forgive this limitation of a deeply unscientific intuition pump poll.

[4] And that is something which seems to uniquely define the body in general; usually absent, potentially unpleasant (or very pleasant) when present. Phenomenologists call this the ‘transparency’ of the body-as-subject. 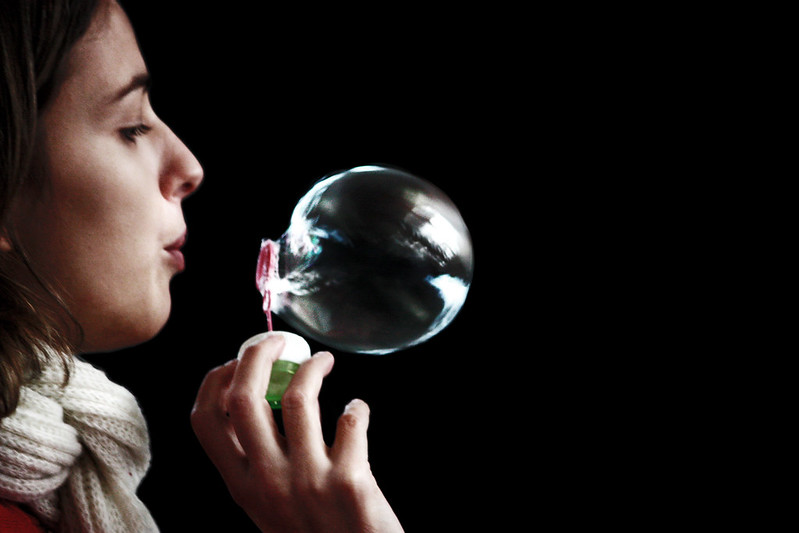 This site uses Akismet to reduce spam. Learn how your comment data is processed.

© Micah Galen Allen and micahallen.org, 2018. Unauthorized use and/or duplication of this material without express and written permission from this site’s author and/or owner is strictly prohibited. Excerpts and links may be used, provided that full and clear credit is given to Micah Allen and micahallen.org with appropriate and specific direction to the original content.